How to measure the Appearance of the Coating? – Part - II

Mottling is an undesirable defect which can occur due to improper coating formulation or variations in the application process. Mottling effect can be described as patches or irregular areas of lightness variations. They are more frequently observed in light metallic coatings. One example for cause of mottling can be the variation of the film thickness of the basecoat which leads to various mottle sizes giving a non-uniform appearance. Sometimes, disorientation of the metallic flakes also result in mottling. 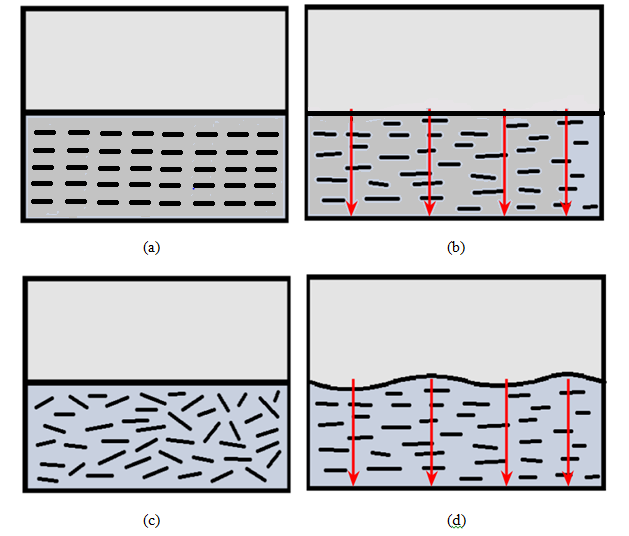 Distance affects the perception of mottling – large mottles are visible from a larger distance while the small one can be seen when close to the surface. This visual evaluation is also affected by illumination conditions and viewing angle.

The higher the rating value, more visible is the mottling effect. The rating can be plotted for different mottling size and at different viewing angles (see figure 3). This gives an idea of distribution of different mottle sizes spread out across the surface. 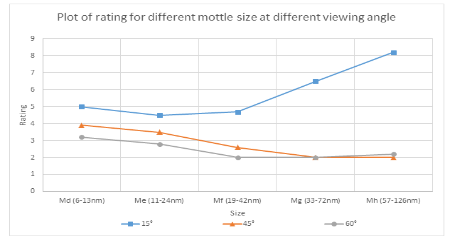 From the plot above, we can say that the surface has large mottles are more visible at a viewing angle of 15° whereas at 45° & 60° the visibility of the large mottle is lower. As mentioned earlier the visual perception is dependent on the viewing angle.

To solve the mottling issue one can use a better wetting agent, rheological additive or change the application technique like spray gun, distance, etc. This can solve the orientation of the pigment flakes and reduce the unevenness of the surface. One can use the wave scan (used for measuring DOI and Orange peel) to measure the waviness or the unevenness of the surface.